The Thought of Diego Fusaro 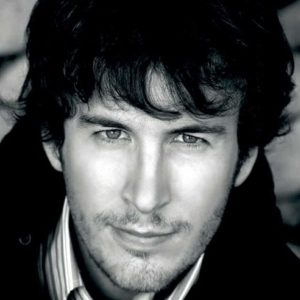 “A philosopher: a philosopher is a man who constantly lives, sees, feels, intuits, hopes, dreams extraordinary things; who is struck by his own thoughts as if they come from outside of himself, from above and below, as if from a kind of event and flashes of lightning; who is himself perhaps a storm pregnant with new lightning; a portentous man, around whom sound thunder and clamor, open abysses, and flutters a sinister air.” (F. Nietzsche, Beyond Good and Evil, #292)

What does Diego Fusaro think? What is his political-philosophical perspective? What are the fundamental aspects of his world-view? This section, without any pretense to being exhaustive, presents a brief, general overview of the fundamental lines of his thought, which is espoused, built upon, and argued in his essays, articles, and books.

Diego Fusaro views himself an independent pupil of Hegel and Marx and maintains that Gramsci and Gentile are the two greatest Italian philosophers of the twentieth century. In the modern era, he favors Spinoza and Fichte alongside Hegel and Marx. Beyond the modern philosophers, and before them, however, stands the knowledge of classical Greek thought from which, he argues, one must start. As a metaphysics based on defining and accepting reasonable limits and a life of moderation (‘métron áriston’), Greek thought constitutes the basis of Western historical consciousness, the inescapable basis for fostering an ontology, an ethical system and a political system centered on the model of limits and the restraint of illimitedness as a tragedy that befalls human beings and the human community. Prior to Hegel, Spinoza and Vico can be credited with having originated the concepts of totality (deus sive natura, in Spinoza’s thought) and historicity (verum et factum convertuntur, according to Vico’s The New Science).

For Fusaro, philosophical truth corresponds to the process of humankind acquiring consciousness conceived as a unique “I” that makes itself ever freer and more aware, in accordance with the rhythm of a process marked by alienation and the gradual disappearance of alienation. Consequently, truth is not a static reflection of a dead certainty, independent and distinct. It is, on the contrary, a practical activity that aims to make human subjectivity correspond to objectivity, in turn conceived as the outcome of a historically determined situation. From here follows the importance of German Idealism and its revolutionary variants (Marx and Gramsci): substance conceived as subject (Hegel), the “not-I” established by the “I” (Fichte). The space of historicity coincides with the narrative of humankind’s development, with the consummation of the identity of subject and object as a result of the process of history as truth unfolding.

The capitalistic world corresponds, for its part, to the moment of maximum alienation. Humanity, having lost itself in its historical objectification, is no longer understood as a product of humankind’s development but as a dead condition to which one must passively adapt. Knowledge becomes a mere scientific reflection (adaequatio rei et intellectus), politics the mere preservation of the given objectivity. Capitalism becomes, then, the apex of humankind’s estrangement from itself and from the potentialities of its being. Under capitalist rule, humankind loses itself and fails to realize itself. Rather than being the master of its products, that which humans produce rules over them. Following on from this, in the steps of Gramsci and Gentile, is the vital necessity of a new philosophy of praxis that frees human beings from domination and breaks the spell that sets up capitalist domination as a necessity in a world without alternatives. As established by human action unfolding through history, the objective world can ontologically and must morally be rationalized through action. The task of philosophy and action, as yet unrealized, is to overcome capitalism and realize free, community-based relationships. In the spirit of Plato, the purpose of philosophy is to lead men, who are fond of their chains and unaware that they are slaves, out of the cave in which they are imprisoned. Capitalism first passed through an abstract phase in which it came into being before passing into a dialectical phase based on bourgeoisie-proletariat conflict. It has today attained its absolute post-bourgeoisie, post-proletariat form, pliable and based on finance capital: absolute, meaning perfectly consummated insofar as it is freed from every real and symbolic limit.

The new class conflict, in the context of the absolute capitalism of the post-1989 era, is between the new post-bourgeoisie masters and the new post-proletariat servants: that is, between the stateless, financial aristocracy that is anti-proletariat and anti-bourgeoisie and the new plebian class, without job security and impoverished, the result of the decline of the middle and working classes. This aristocracy aims to redefine the entire world as ‘a system of needs’ (Hegel) stripped of its ethical content by competing individuals and exclusively tied to the contractual arrangement of do ut des. It aspires to destroy every proletarian value (work, dignity, social rights, the struggle for emancipation, class consciousness) and the values of bourgeoisie ethics (the unhappy consciousness, family, public works, the state). The old union between unhappy consciousness of the bourgeoisie and the proletarian struggle for the recognition of their labor—the dialectical phase of capitalism—are surpassed in the new one-way massacre of class managed by the financial aristocracy. The losers are the new globalized plebeian. Post-bourgeoisie and post-proletarian, these plebeians live in a state of total insecurity regarding their working conditions.

From here it follows, once again, the need to propose paths to true emancipation—with Marx and Gramsci—in order to create a way out of the cave of capitalist globalization and realize the liberation of humankind from the pathologies of classism, objectification, and the ontological violence that damages living things and their planet. In an era in which the distinction between right and left has become extinct, it is necessary to reformulate the real and think differently, restart the conflict (servant vs. master), re-politicize the economy, restore ethics to society, de-globalize the actual and the imaginary, and overthrow the American-centric, classist, new world order. Rather than accepting globalization as the sole possible model, it is necessary to realize in its place a multi-polar world of sovereign, community-based, and democratic states, mutually supportive and centered on the recognition of a pluralistic world of customs and peoples, of languages and cultures.

The themes and references at the heart of Diego Fusaro’s thought, here impressionistically touched upon, are further elaborated in his writings which consist principally of books and articles. Consult the “Books” and “Publications” sections of this website to learn more. 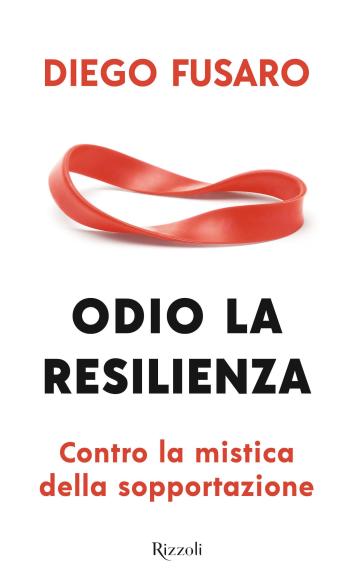